ChrissyTeigenWeb doesn't claim ownership of the images, videos or news posted on the website unless stated otherwise. We are in no way affiliated with Chrissy Teigen, her family, her friends, her agency or management. If there is any content appearing on this website that belongs to you and do not wish for it appear on this site, please contact us as soon as possible with a link to say which post and it will be promptly removed. All copyrighted materials posted on this blog documenting and illustrating our interests.
9th Shorty Awards – Nominee
Posted by Sushi    |    Filed in Uncategorized
5

Chrissy is nominated for the Shorty Awards 2017! She’s nominated in the category “Celebrity” & here’s why they nominated her:

We first met her as a Sports Illustrated swimsuit model, then got to know her as John Legend’s wife, and now we know her as a new mother, master chef, and queen of all things social media. This year, she introduced us to her beautiful daughter Luna and her new cookbook Cravings: Recipes for All the Food You Want to Eat. A self-described Bravoholic and bestie of the Kardashian klan, Chrissy Teigen is always accessible and relatable, talking about anything from stretch marks to junk food to internet trolls to that one time John Legend tried to break up with her and she just laughed at him. She’s a powerful force in all things pop-culture, with no sign of slowing down.

You can now VOTE for Chrissy! 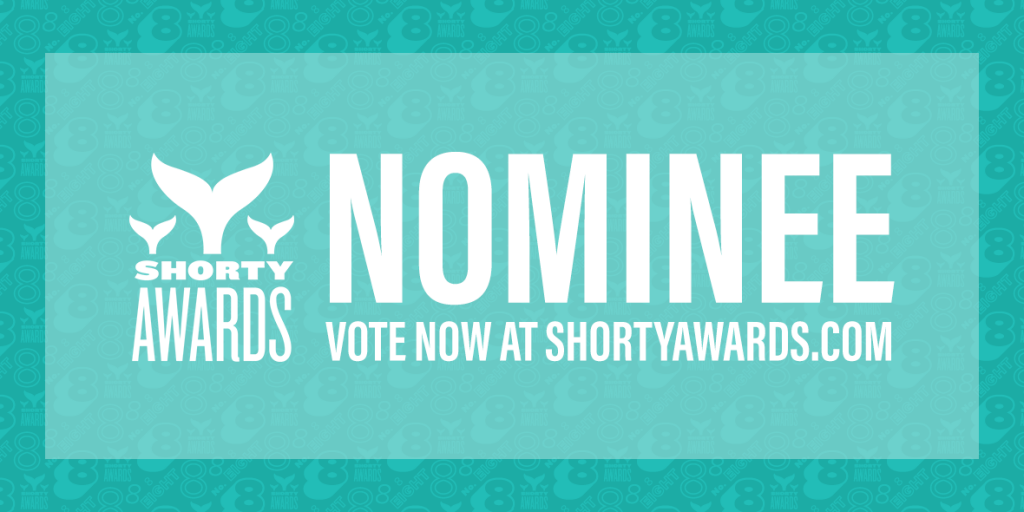 Voting closes on February 16th 2017. So make sure to vote for Chrissy as often as you can. ( You can vote ONCE a day!)

What are the “Shorty Awards”?

The Shorty Awards honor the best of Social Media.