ChrissyTeigenWeb doesn't claim ownership of the images, videos or news posted on the website unless stated otherwise. We are in no way affiliated with Chrissy Teigen, her family, her friends, her agency or management. If there is any content appearing on this website that belongs to you and do not wish for it appear on this site, please contact us as soon as possible with a link to say which post and it will be promptly removed. All copyrighted materials posted on this blog documenting and illustrating our interests.
Teen Choice Awards Nomination
Posted by Sushi    |    Filed in news
2

Chrissy is nominated for a Teen Choice Award in the category “Choice Twitter“. She’s up against Anna Kendrick, Blake Shelton, Ellen DeGeneres, Justin Timberlake & Zendaya! Follow the steps below to vote for Chrissy ↓ 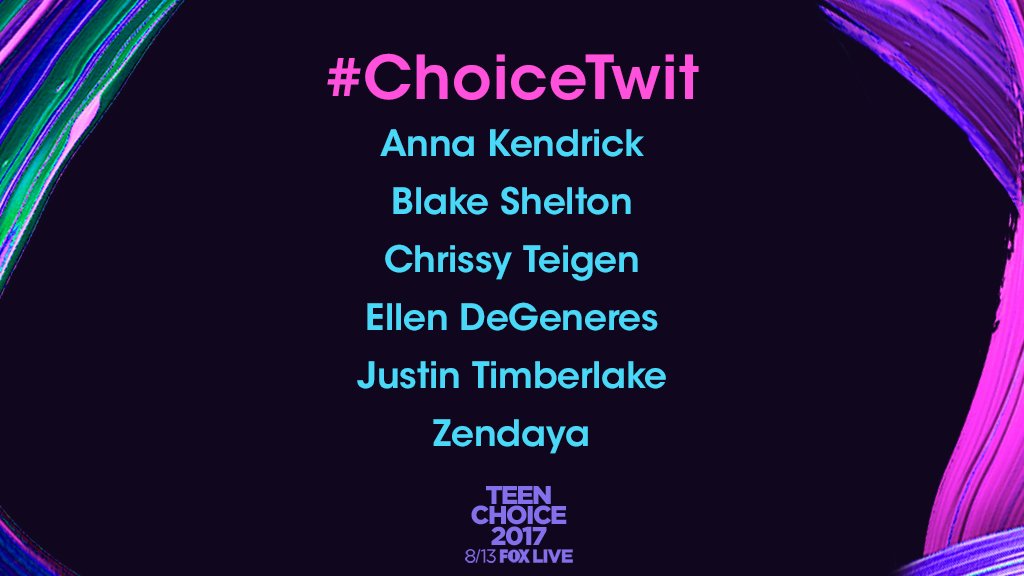 Make sure to vote every day (up to 10 times a day) for Chrissy!! Wouldn’t it be cool if she would win a Teen Choice Award? The Teen Choice Awards will air Sunday, August 13th at 8/7c LIVE on FOX!!